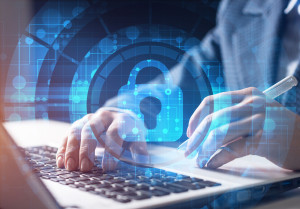 Wondering what the next BIG thing in cybersecurity risk mitigation might be? According to Tech Crunch, an impressive group of venture capitalists think they may have found it. Startup SenseOn was able to raise $20M in funding due to their faster, more accurate cybersecurity detection and response system. Their so-called ‘triangulation’ approach is cloud/AI based and produces results that are head and shoulders above the competition.

Tech Crunch identifies the Series A investors as “mark” led by Eight Road Ventures, with MMC Ventures, Crane Venture Partners and Winton Ventures Limited — all existing backers — also participating. SenseOn —previously raised $6.4 million in a seed round of funding in 2019.” This impressive raise is no doubt due to ever heightening cybersecurity concerns that have become a national priority. SenseOn’s approach seems to follow the old sports adage regarding the best defense being a good offense.

SenseOn estimates 37 billion data records were compromised in 2020, up 141% over 2019. This disturbing trend helped SenseOn grow their revenue 350% in 2020. Headquartered in London, SenseOn, was founded and is still led by CEO, David Atkinson. Mr. Atkinson was previously the commercial director for Darktrace and cybersecurity expert for the U.K.’s Ministry of Defense.

SenseOn’s has a diverse customer base including financial services firms, consumer businesses, and government entities. There is one common problem among them all that SenseOn is addressing. According to Tech Crunch, the cybersecurity industry has “evolved to contain a plethora of point solutions, as well as differing approaches within those point solutions, to address different aspects of the cybersecurity challenge. While some of these are very effective, they are only taking on some of the battle, and if an organization wants to adopt the most secure policy, it might use a number of these in tandem, which in turn can slow down systems and response, or create other issues within them.”

SenseOn has a solution to combat this common problem faced by its customers. They have built startup a system capable of doing everything together, “with some parts of the solution built by itself, and some parts integrating with other products.” Atkinson elaborates: “the approach isn’t unlike how a human analyst thinks (which is why the AI aspect of the service, balancing different streams of information, is central to the approach). It’s similar to how a global positioning system (GPS) works, the more satellites [a GPS] triangulates off, the more accurate it is.” SenseOn is not merely developing weapons to help security specialists perform their jobs more effectively. Through its platform and apps, they are also supplying the ammunition, “in the form of data that SenseOn picks up and organizes to use with those weapons.”

SenseOn’s pioneering techniques are starting to catch on throughout the cybersecurity industry. Competitors are starting to use their own synergistic approaches to cybersecurity in their efforts to catch up to first mover, SenseOn. Alston Zecha of Eight Roads Ventures sums it this way: “SenseOn is poised to become a global cybersecurity leader. We have long looked for a company which coordinates detection intelligently across domains and can consolidate multiple tools into one solution. SenseOn does this and more. We are privileged to partner with such a thoughtful and high-integrity group as Atkinson and team.”