From Success to Significance: This hero’s story just might change yours

Home/Main/From Success to Significance: This hero’s story just might change yours
Previous Next

From Success to Significance: This hero’s story just might change yours 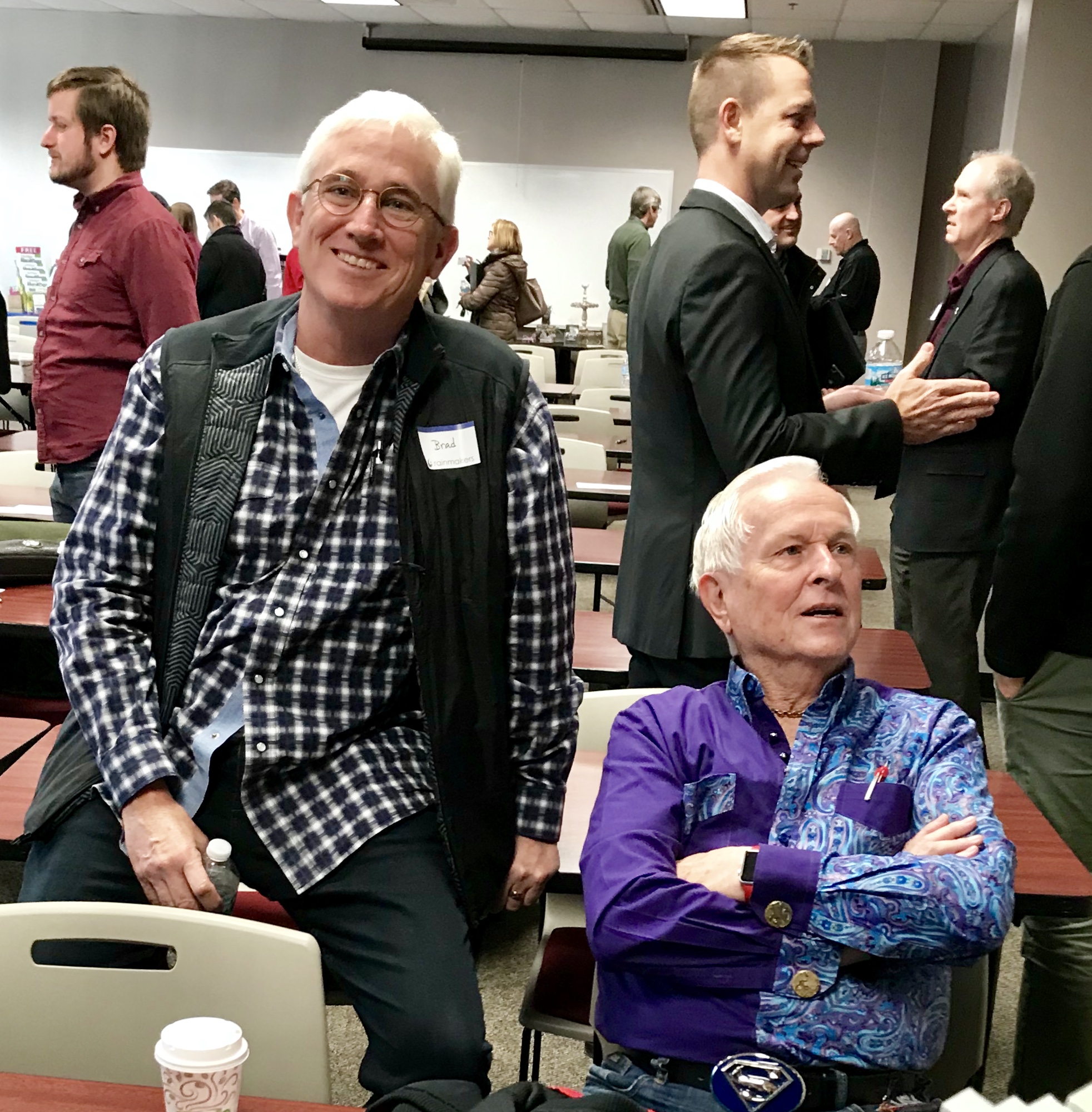 I first met my hero in the spring of my freshman year of college. He came to the Indiana University Bloomington campus to give a series of three talks to a packed house in the IU Auditorium. No doubt, many students were attracted by the provocative title of talk #3 —Maximum Sex. Not me, though I certainly had more than a passing interest in the topic. Having recently met the speaker’s hero, I was primarily there to learn all I could about him. In the process, the speaker became my hero.

That speaker was Josh McDowell. Josh didn’t know he’d been my hero for nearly forty-four years until I had the privilege of telling him so at the Rainmakers Christian Professionals event in Indianapolis on February 15, 2019. What an honor to know someone who has walked his talk so fiercely and faithfully, always pointing his millions of readers and listeners to his true hero. Never using his tragic childhood story as an excuse to settle for a successful life.  Instead, using it to motivate himself and others to strive for true significance that goes beyond worldly success. Significance that changes the course of human history and echoes into eternity.

“People may spend their whole lives climbing the ladder of success only to find,
once they reach the top, that the ladder is leaning against the wrong wall.”
— Thomas Merton

One of Josh’s favorite stories to share with business people is about a very successful executive recruiter in Chicago.  During a meeting at the recruiter’s lavish office, Josh asked him what the secret to his success was.  The recruiter gleefully told him his favorite technique for determining if his candidates had what it takes to be successful.  With a gleam in his eye, he said, “Josh, the key is to get them to relax and let their guard down.  So, I bring them into this comfortable room we’re sitting in, put my feet up on the table like this and serve them several of their favorite adult beverages.  Just when the candidate is starting to think of me as their best friend, I quickly take my feet off the table, lurch towards the candidate, look him/her straight in the eye and ask —“What’s your purpose in life?”.

You might be surprised to know that most of the candidates stumbled badly over this fundamental question…begging another.  How is it that most brilliant, highly-educated and successful-by-any-measure executives cannot articulate a cogent life purpose when pressed to do so?  Is it because their work is not connected to their purpose or because they simply have no purpose?  Hold that thought.  There was one candidate who didn’t miss a beat in answering the recruiter’s challenging question.  With equal passion, he leaned forward, looked the recruiter square in the eye and said, “Go to heaven and take as many people with me as I can”.  With that, the recruiter was now the one at a loss for words.

What about you?  Do you find yourself at a loss for words in those quiet early morning or late night hours when you dare pause to ponder your purpose?  Or, do you see such ponderings as a luxury you simply cannot afford?  After all, you’re surrounded by people who look to you as their elixir fixer, demanding relief from pain and solutions to problems.  But, shouldn’t our true purpose lead us to become something more than a human pill dispenser or quick-fix handyman?  My hero, Josh, thinks so.  Having met both Josh and his hero forty-four years ago, I’d have to agree.

Josh’s hero?  He’s so much More Than A Carpenter, but that book would be a great way for you to meet Him.  His story just might change yours.  Whether you long for success or, having achieved it, find yourself wondering if that’s all there is, I invite you to do as Josh did over fifty years ago and consider the carpenter’s claims.  In the process, you just might discover your life’s purpose and begin experiencing the true joy of choosing significance over success.

Skeptical?  That’s a great start!  No one was more skeptical than Josh McDowell when he set out to debunk the Bible and the central tenets of the Christian faith.  After all, knowing why you don’t believe something is just as important as knowing why you do, particularly when that something could determine your eternal destiny.

I was only 18 years old when I met Josh and his hero, Jesus, but I will never forget the day His story started changing mine.  My life changed dramatically that day (April 13, 1975).  How do I know?  As my hero, Josh, is wont to say, “because I was there”.  You could be too.